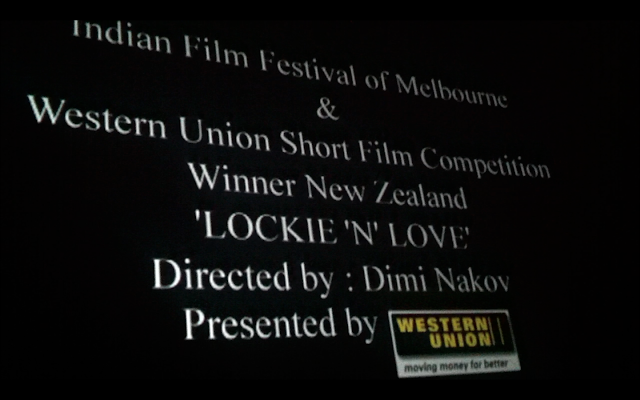 I am Very Happy to announce that my Short film Lockie 'n' Love i made in 2008 while studying at South Seas Film and TV School has just won Western Union Competition at Indian Film Festival of Melbourne 2013 in Australia... 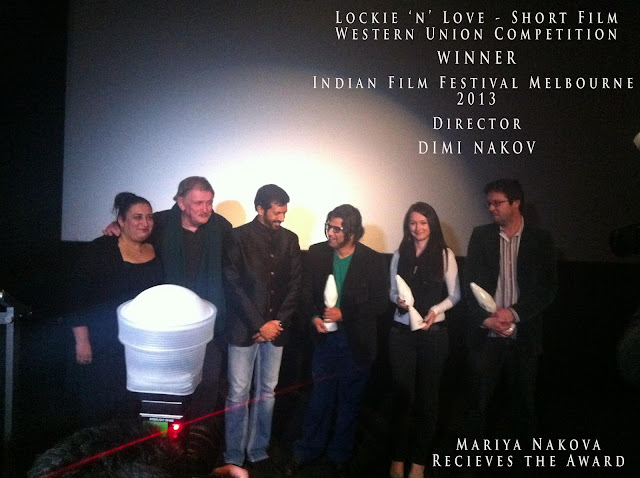 This is the second win for my short since its creation in 2008.Huge Thank you to Lockie and the crew and the school who made it all possible.. I couldn't attend so my sister and her partner Mark attended for me and my sister received the award which will be on its way to Auckland soon..

Thank you so much sis and Mark.. 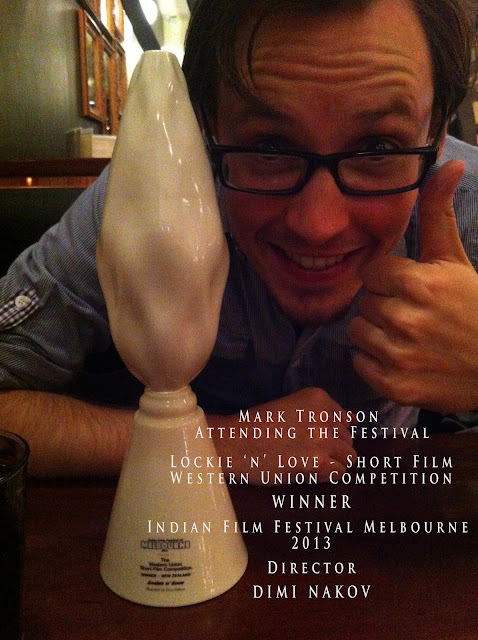