“Red” Sarah Barker is a high end prostitute whose life is turned around when she marries Police Detective Joshua King. When love alone isn’t enough to keep them together, Red and Joshua must contend in a reality where; Red rapidly descends into the dangerous drug-fuelled world of street prostitution. With a curb-crawling serial killer targeting prostitutes, Joshua scours Aucklands underbelly to find the woman who keeps running away, before it’s too late. In a time where sex is bought, sold and stolen; real love is priceless. 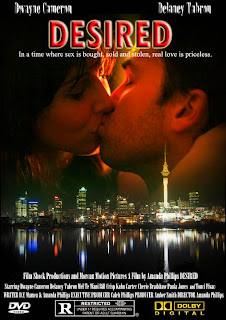 The film, which represents Amanda’s directorial debut, is being produced by her production company, Film Shock Productions, in association with Morcan Motion Pictures, and will premiere at Cannes, Marche Du Film on May 17.
Currently in post-production, “Desired” stars Dwayne Cameron (The Tribe, The Cult, Street Legal, The Locals) and Delaney Tabron (The Richmond Family Massacre). 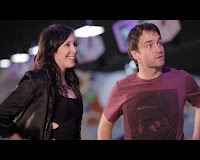 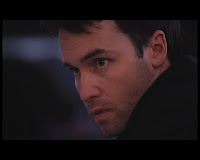 Amanda describes the independently funded digi-feature as the flagship project for Film Shock Productions, the company she and her husband Caleb created.
“We will be seeking festival recognition and cinematic release for this film,” she says. “And we are very excited about its prospects.”
This young mother and multi-tasker believes “Desired” will appeal to a wide audience.
“It’s essentially an investigation into human nature – in particular the emotion of ‘desire’, exploring themes of lust, greed and spousal love.” 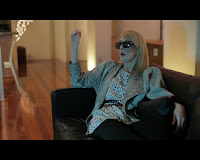 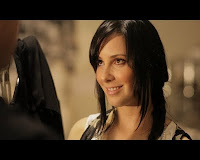 She says she wanted to make a film that would provide a new take on ‘real’ love set against a backdrop of increased family breakdown and a sex-driven culture.
“The film’s characters overcome great odds in their pursuit of love initially with opposing professions – Police officer and prostitute. Their relationship develops in an antagonistic, corrupt environment.”
Amanda says she was inspired by the social controversy in New Zealand during the 1990’s, in particular the Police Merger with the Ministry of Transport, and the crack-down on prostitution that led to the 2003 Prostitution Law Reform Bill. She adds “Desired” draws on the neo-noir genre and is a homage to some of her favorite films. 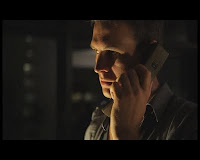 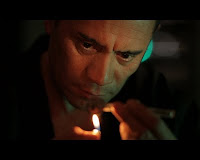 “This film is about also about pushing the boundaries in performance and cinematography. It puts audience members in a ‘fly-on-the-wall’ position and they become witnesses to an extraordinary story, exploring the good and bad sides of human nature.”
“Desired” is about a high end prostitute whose life is turned around when she marries a Police Detective. Love alone isn’t enough to keep them together and they must face a reality that is the dangerous, drug-fueled world of street prostitution where a curb-crawling serial killer targets prostitutes.
Amanda says keeping a strong artist merit through the film with limited budget and tight production time-frames was one of the many challenges she faced in making “Desired”, as was securing experienced actors and crew.
“We constantly looked for ways to be innovative and we were forced to turn obstacles faced during shooting into assets that added to the story.” 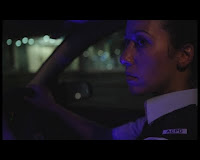 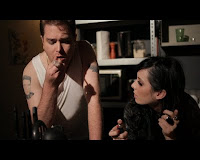 The screenplay for “Desired” was written by Amanda and D.F. Mamea, and is being produced by

The father-and-son writing-producing team of Lance Morcan and James Morcan are Executive Producers. Their first feature film, “The Pawn”, which premiered at the Melbourne Underground Film Festival last August, will next screen at the Imperia Film Festival in Italy this week. 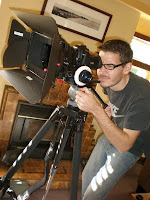 “Desired” was shot entirely on location in Auckland City by Cinematographer Jarod Murray.
Links on which you can find out more about the film:
Facebook Page:
https://www.facebook.com/pages/Desired/204844992883129
MDb Page:
http://www.imdb.com/title/tt1895332/combined
Auckland Scoop:
http://auckland.scoop.co.nz/2011/04/young-auckland-filmmaker-off-to-cannes/