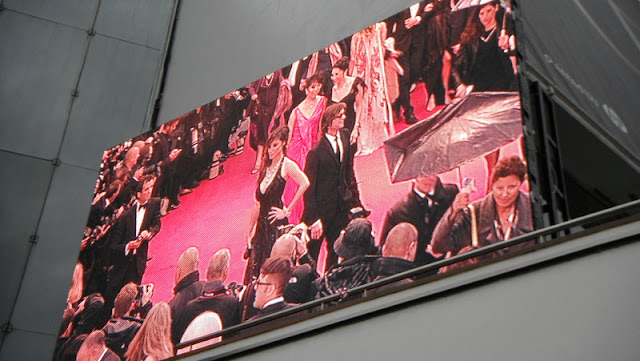 Well the ladies from the other night taxi were right.Today we have quite a wet and nasty weather.It will be a challenge to move around and walk through the crowd if its pouring with rain.It seems that everyone doesn't mind it and thats why me buying a small umbrella the other day was awesome idea.So now i can use it but i hope it can withstand the wind which reminds me of Wellington a bit.At least its not blowing horizontally straight into ur face.haha 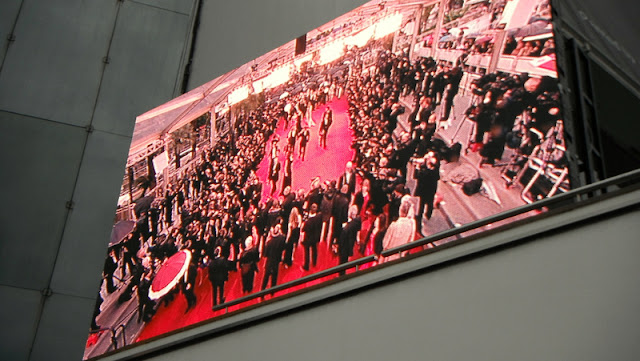 Its Sunday and it actually feels like Monday.Got up in the morning and got my awesome breakfast and then i got in the hotel shuttle going to the festival.My day at the festival today started by attending a Canadian Networking/Co_production Session from 9am to 10am.I attended at an Indian and New Zealand Co-Production Networking Session from 10:30am to 12pm. 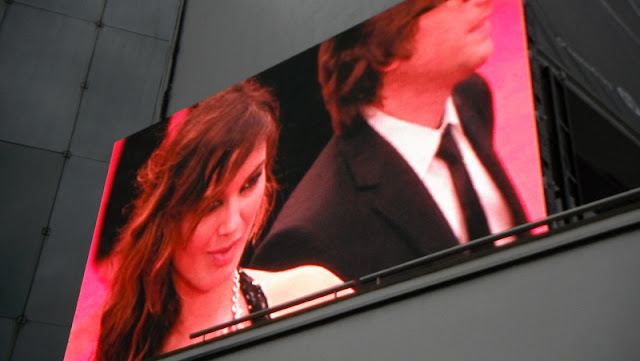 Then i had a meeting with another short filmmaker Yasmine Ghorayeb, which we initially met on facebook since we both have short films in Cannes Short Film Corner. 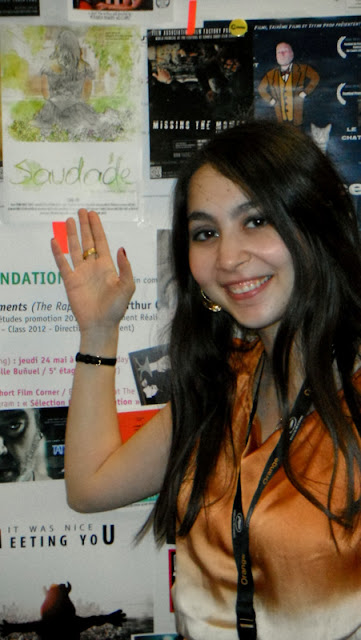 I went to the screening of her Short SAUDADE and i enjoyed it very much. Actually i met quite a few short filmmakers and saw quite a few shorts and all are so well done and so much love and work has been spend on the making of all of them. 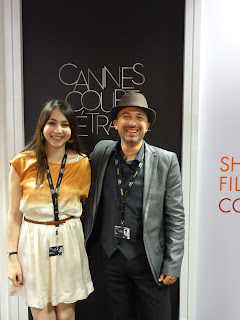 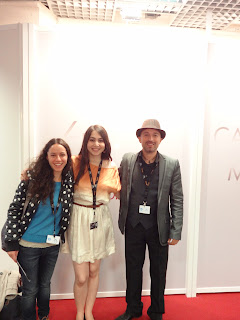 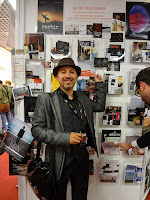 Then i had an awesome visit from a very very charming young lady Armani Phillips and her awesome parents and dear friends Caleb and Amanda Phillips.It is so nice to see them here and they seems to have lots to do every day here in Cannes with Desired and their next film Silent Fear in the Film Market and having the two kids with them as well.Absolutely awesome to see them.

After that surprise and awesome visit i went to the Cannes Short Film Corner Digital Library for an hour every day if i can and watch short film from other short filmmakers.Also will try to get a ticket for some of the feature films in the second week of my stay here.So far i have been busy with workshops and networking sessions and meetings so it was impossible to find a time to see any of the big movies opening here in Cannes. 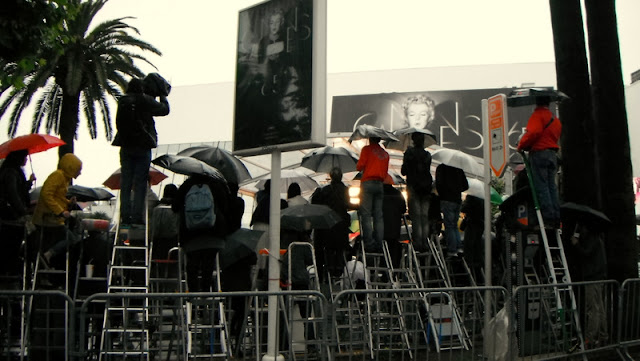 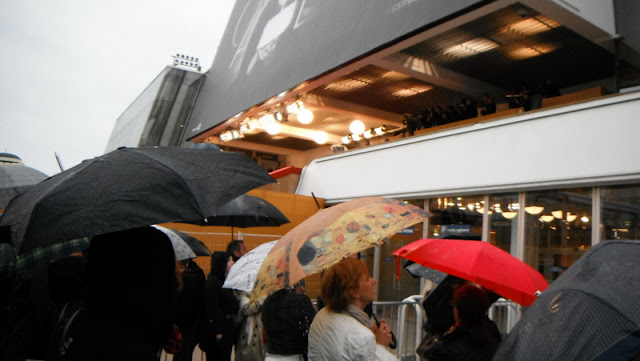 Plus the first week everyone is trying to get into the cinema to see the big celebs and its huge waiting cues as u have seen in some of the photos and its an hour or more waiting and some times if the cinema reaches its capacity you might not even get in.So i better wait for second week and see the films and not wait for hours and do some work instead. 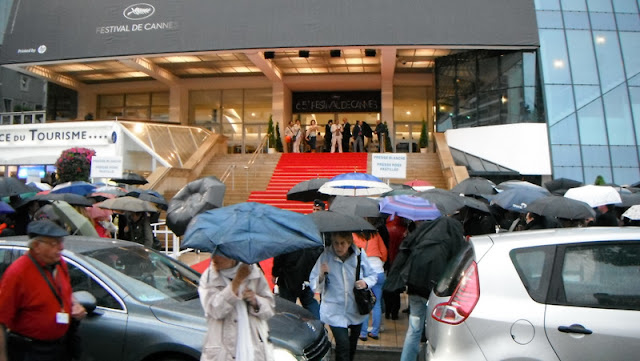 So its already 14:30pm and my interviewer Stephanie West who works for Tony Watts for Festivals Channel is here and i am about to have my interview at NZFC Office overlooking the La Croisette.I am excited and nervous and hope the training session with Ido Abraham the day before helped me get some insights of what to do and what not to do.But as i mentioned before it all comes with practice and i trust my interviewer that if stuff up something that it wont be used in the final cut. 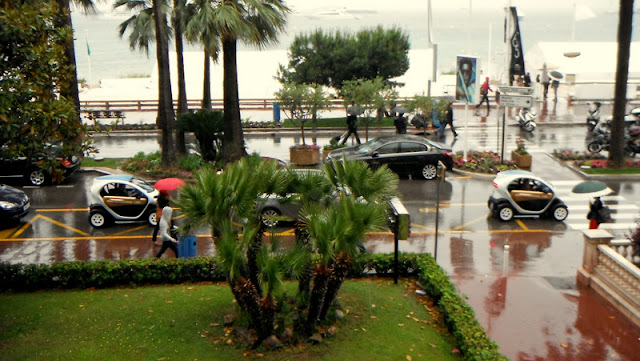 Outside is really wet and wind is blowing and hope my little umbrella will be able to withstand the wind and it wont turn upside down like a parachute which failed to open. 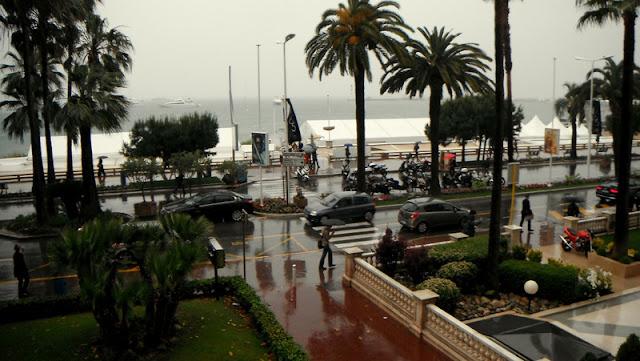 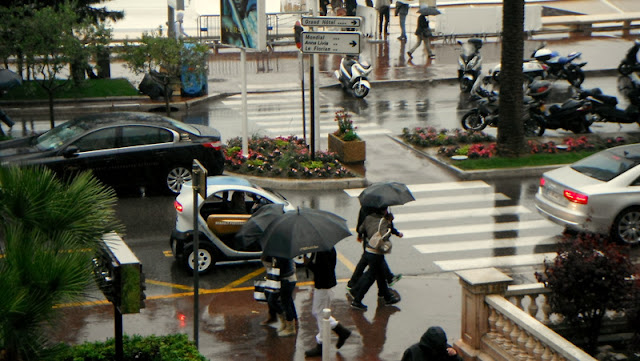